Announcement: Want to let our staff know how much you appreciate them? Check out their wish list of needed items! See the List

Ascension Alumna is Finding her Place in the World 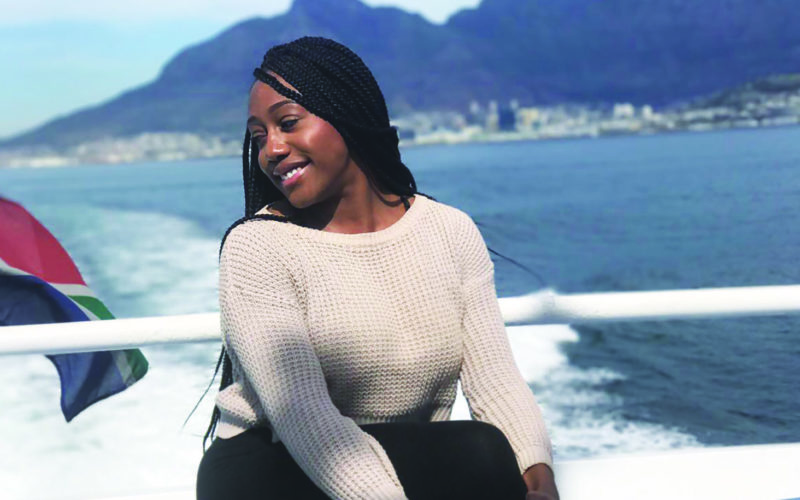 Jessica Enwesi is going places, both literally and figuratively. This 2010 Ascension graduate has seized academic opportunities here and abroad, setting herself up for the career of her dreams.

Born and raised in North Minneapolis, Jessica lost her father to cancer at an early age. Her mother, Grace, an African immigrant, became a single parent to three girls under 12.

Jessica came to Ascension in fourth grade and believes Ascension prepared her well for the rigors of high school at Minneapolis Southwest. Ascension “was the foundation I needed to want to do better for myself, so in turn, I joined programs that could help me achieve this goal,” she said.

Success at Ascension lead her to high school programs such as Achieving Via Individual Determination (AVID) and Journalism360, which helped prepare her for the next chapter of her life. Accepted at many colleges, she chose Iowa State University. She is currently spending a semester in Cape Town, South Africa. Besides attending classes, she is an editor and reporter for Cape Town TV’s Our City, a daily news program. “I have never lost the faith my mother and Ascension instilled in me,” Jessica said. Ascension “gives its students the education and faith-based foundation they need to lead and succeed in the world. Ascension is where this journey begins.”