Our First Playground Ever! 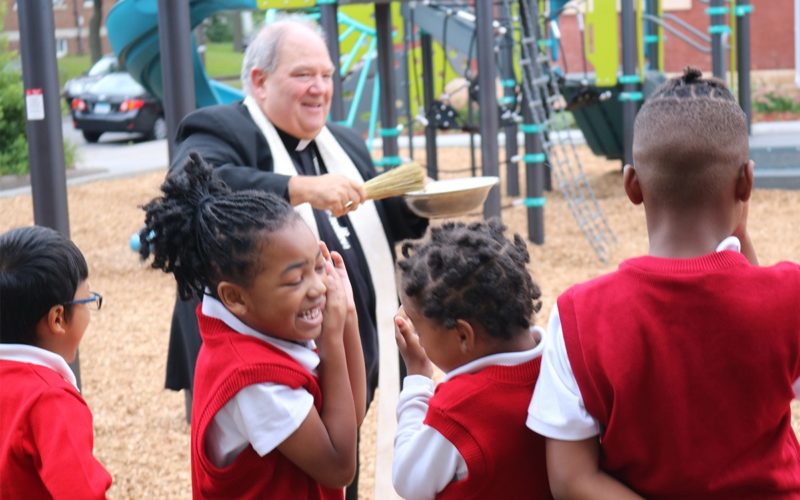 Thanks to generous donors, Ascension has its first playground.

Before this, Ascension scholars had always used our parking lot for recess and other outside times.
Many Ascension Scholars live in apartments with limited or no safe outside play spaces. Exercising their bodies by jumping, climbing, sliding and swinging helps scholars be ready to exercise their minds by learning.

We raised more than $30,000 in just three weeks, which was matched 2 for 1 by an anonymous donor. The majority of the playground was built in just a day by volunteers, who moved 140 cubic yards of mulch to surround the play equipment that was installed a few days before.

In addition, we were able to purchase soccer nets and basketball hoops that encourage more exercise and cooperative play among our scholars.

Archbishop Bernard Hebda was here in late August for the official ribbon cutting and blessing of the playground.