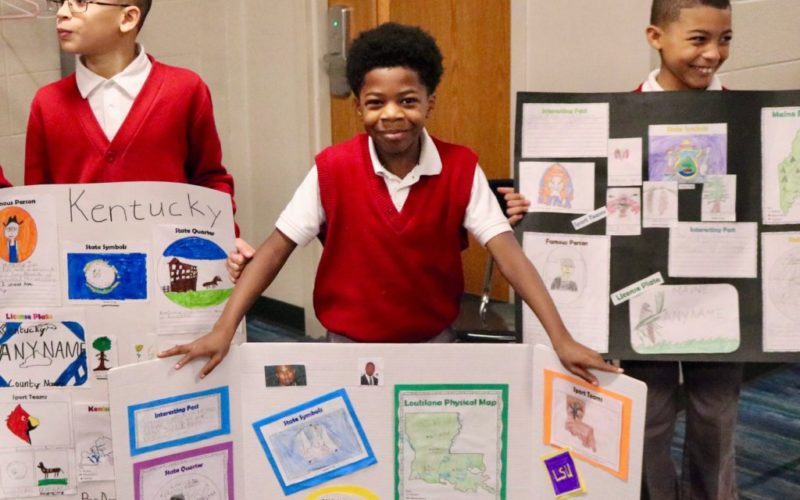 Our scholars showed off what they learned when they did research on a state.  They produced display boards, held a parade down the first floor corridor, and gathered in the Community Room where scholars, parents and teachers could ask them questions about the state they studied. 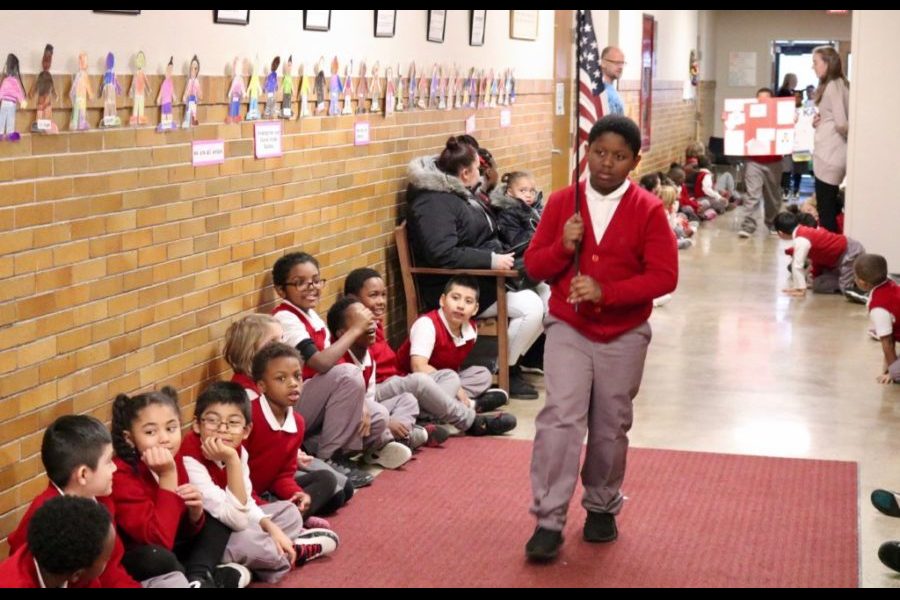 The parade began with an American flag, as parades usually do. 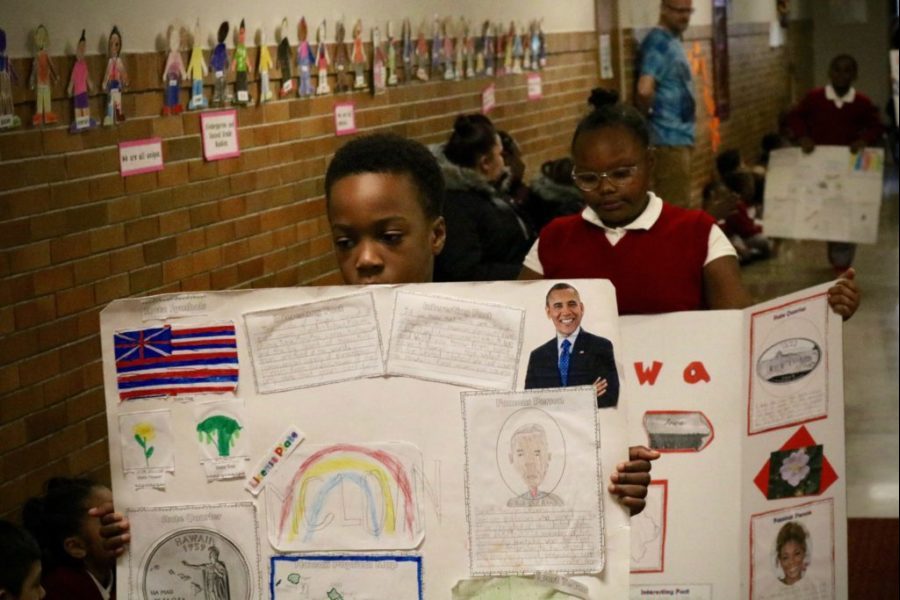 Barack Obama was a featured on the Illinois board. 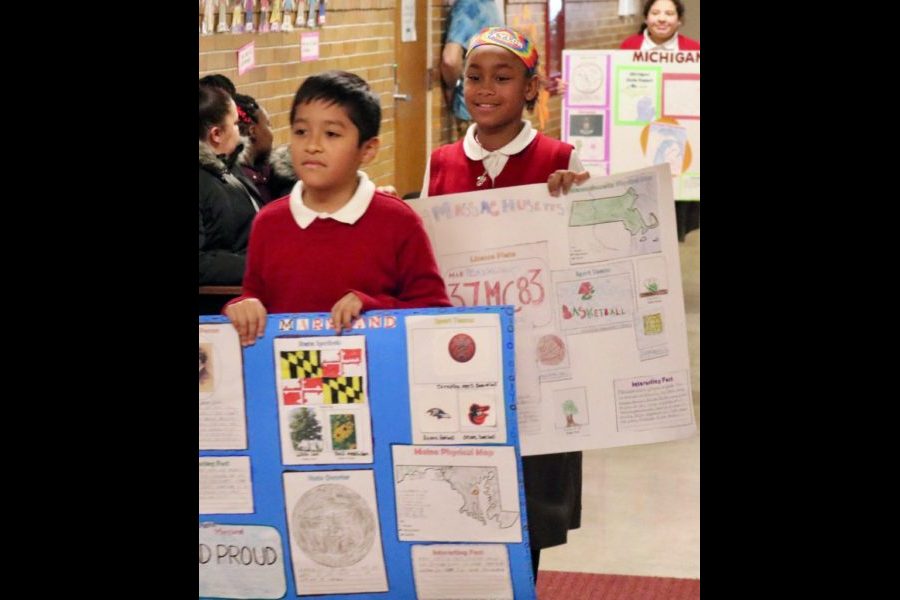 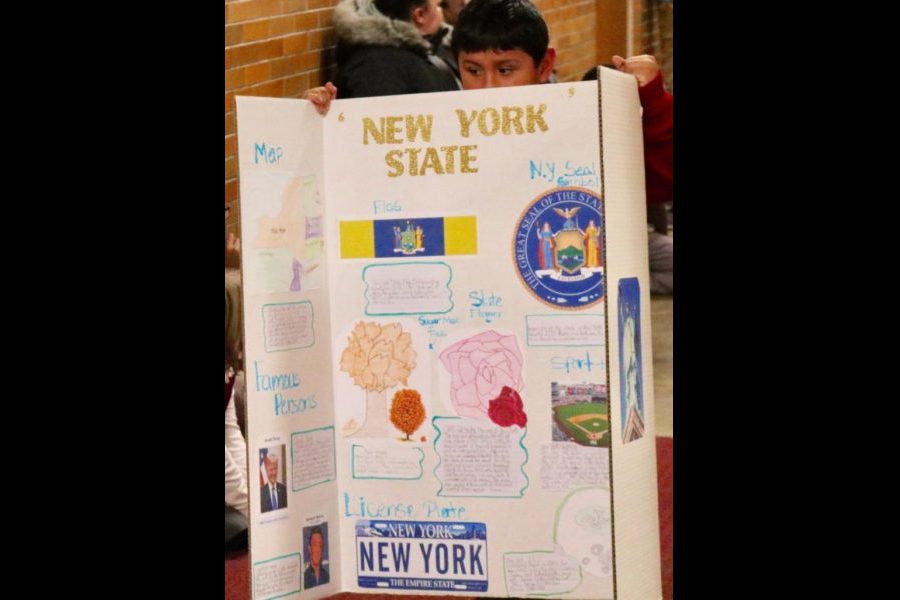 New York... As big as the scholar! 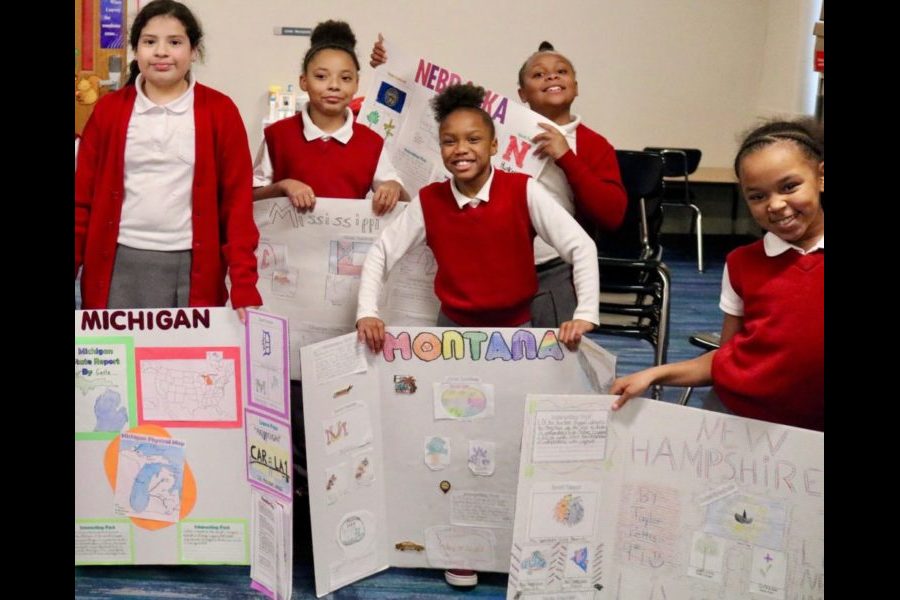 The parade is done, now ask these scholars anything. 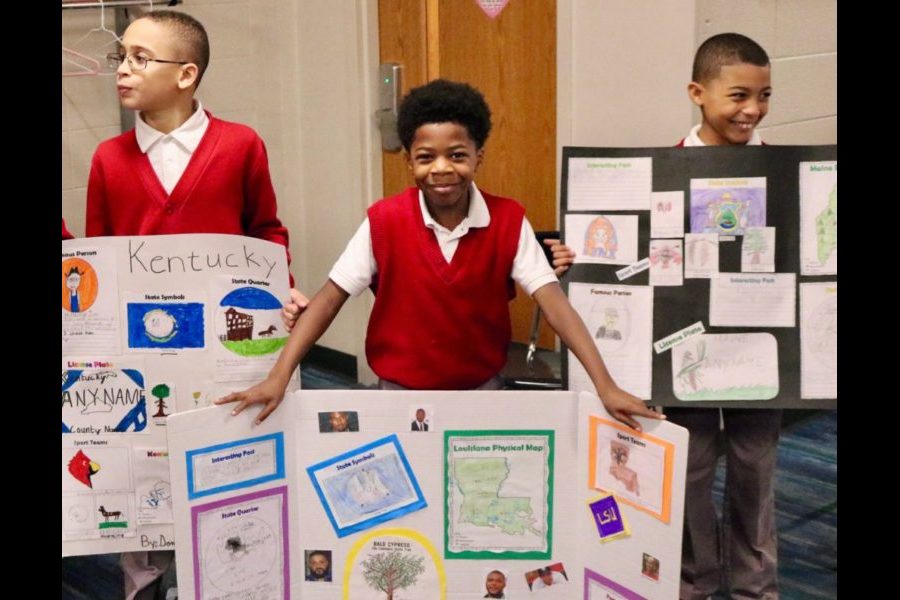 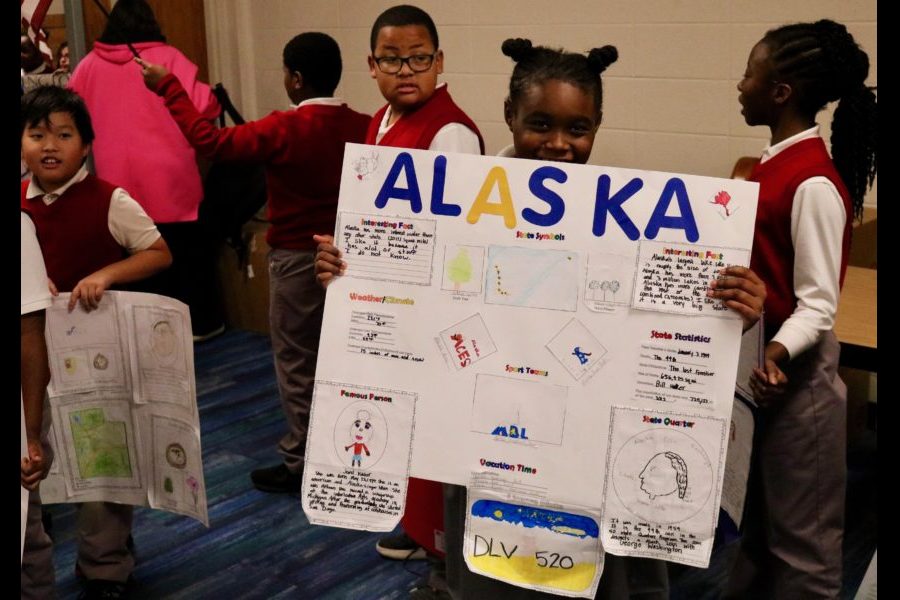 An interesting fact about Alaska: It has more inland water than any other state.