HNOJ Comes for a Visit 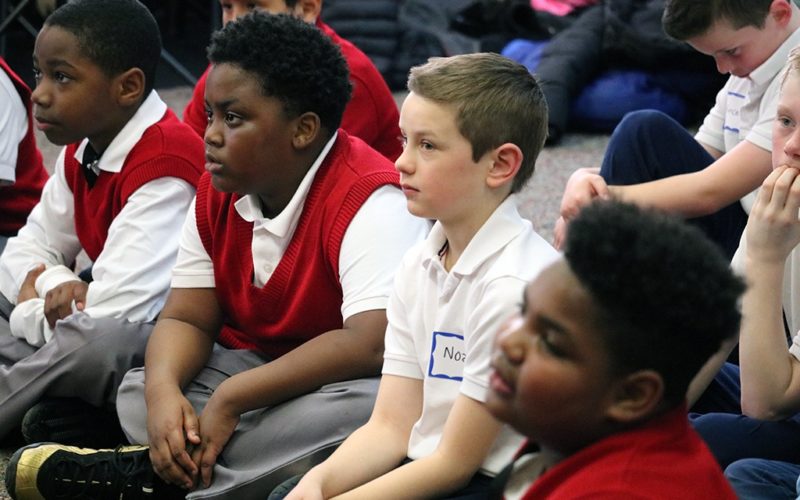 Ascension was delighted to continue the years-long tradition of a scholar exchange day with our sister school, Holy Name of Jesus in Medina. We sent a bus load of scholars to HNOJ for a day, while we hosted some 4-6th graders at Ascension.  The scholars did special activities together, supervised by Ascension and Holy Name teachers. Ascension 8th graders helped out. Scholars from both schools establish relationships that can extend into high school and beyond. 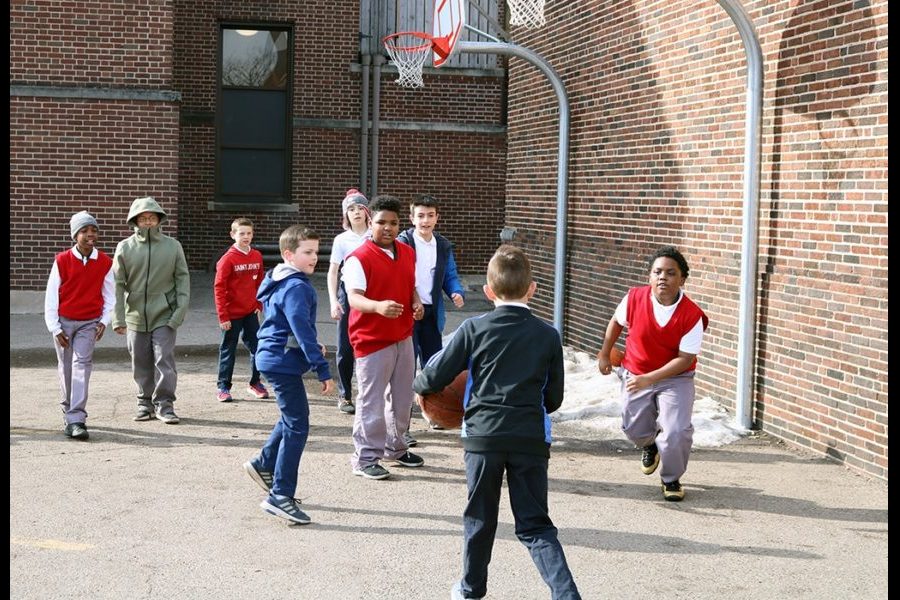 After an icebreaker activity, there was recess. 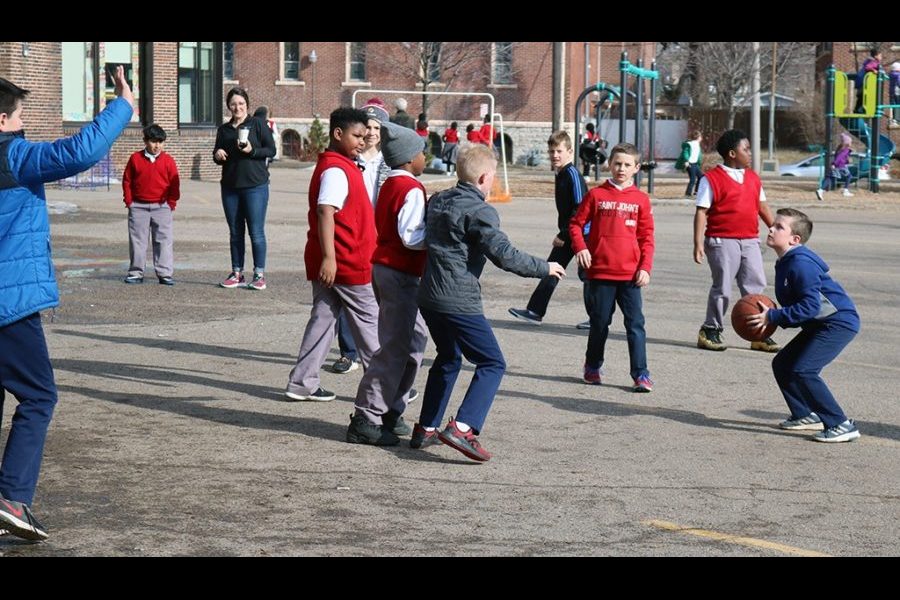 Many of the boys played basketball. 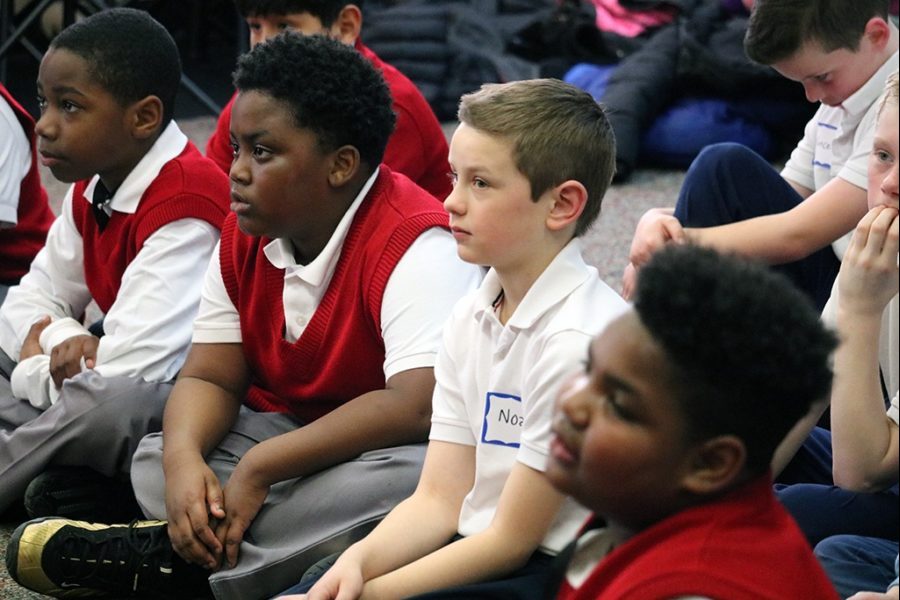 The exchange gives scholars a chance to experience school from different viewpoints. 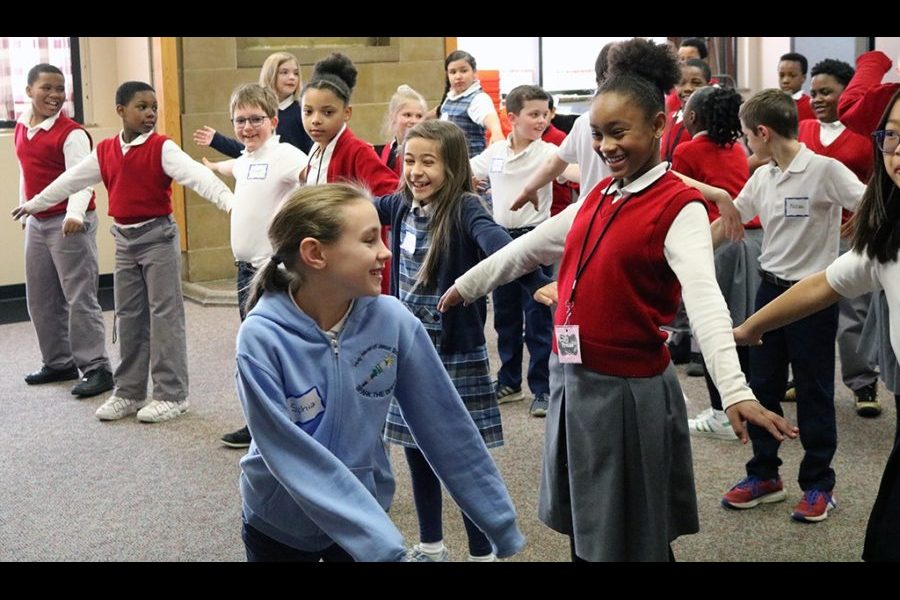 Scholars played Streets and Alleys in music class. It is a game that theater students use to sharpen their senses. 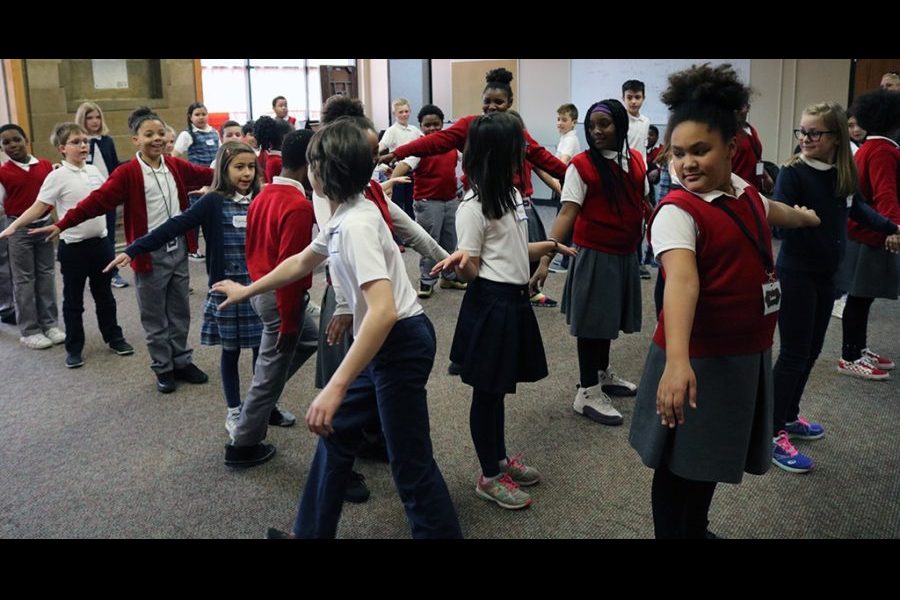 In Streets and Alleys, a "cat" tries to catch a "mouse" while the maze of people keeps shifting. 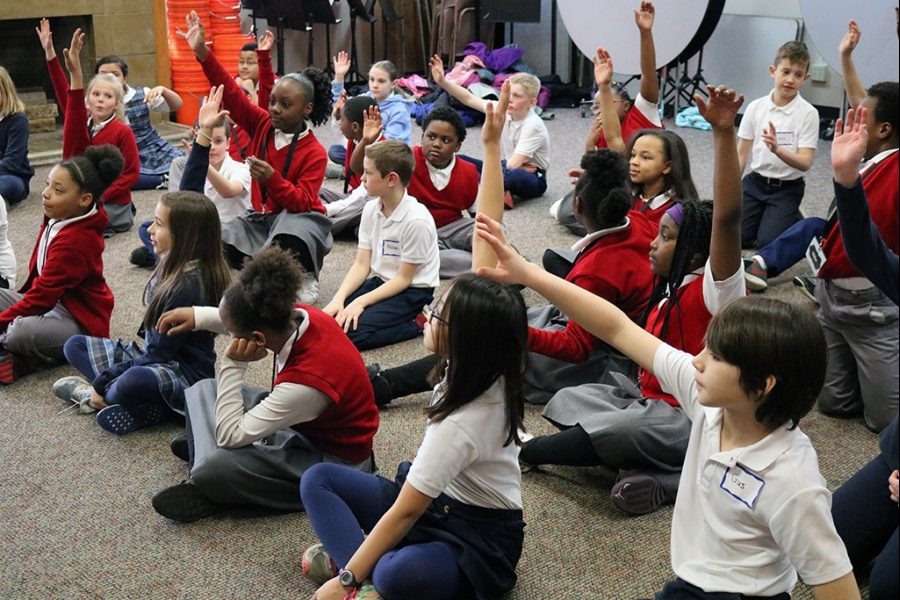 Who wants to be the Watchman for a game of Night at the Museum? 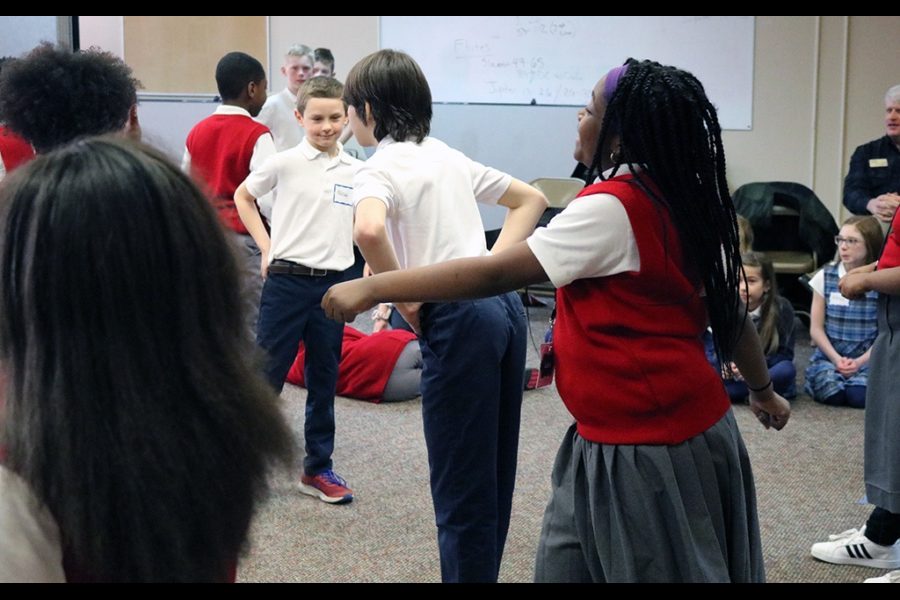 Noah has to catch the "statues" moving. 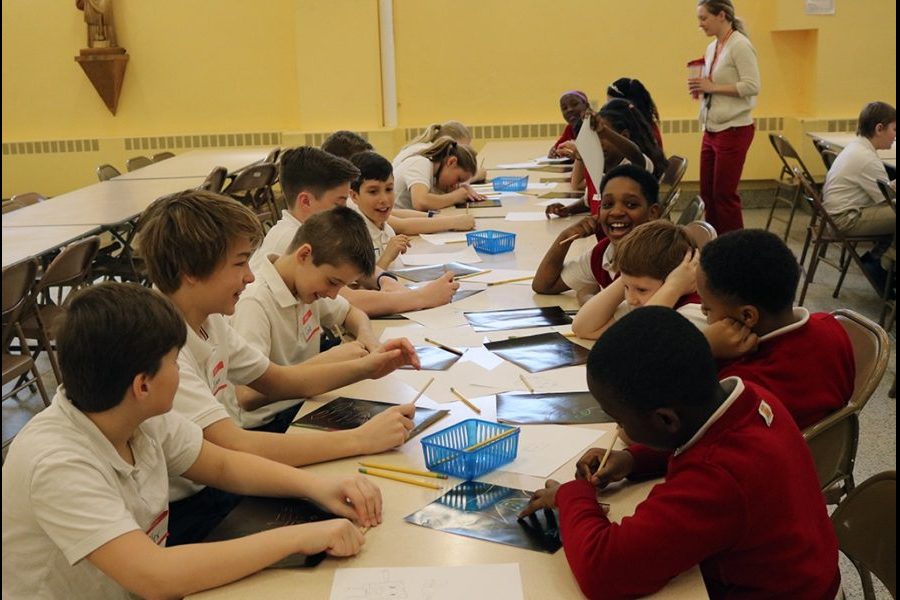 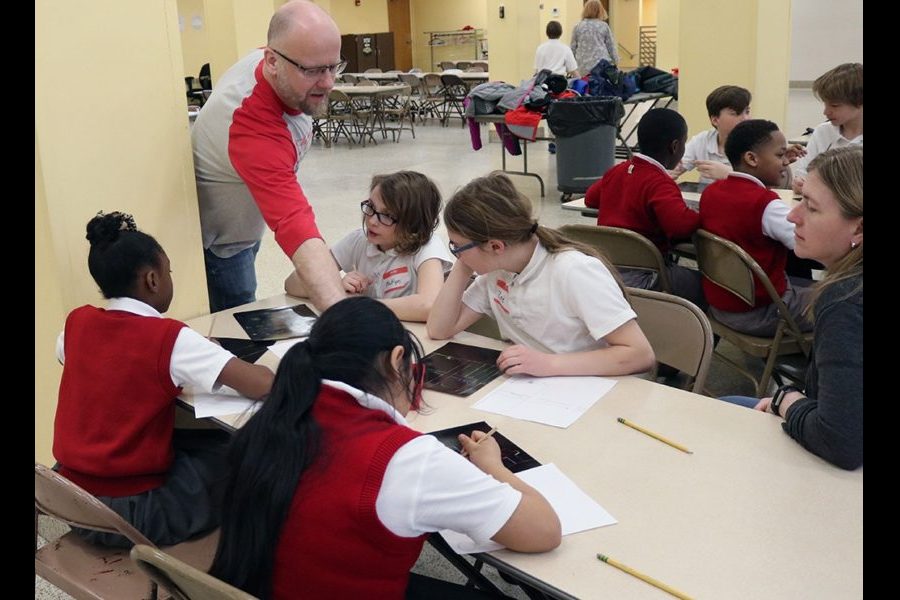 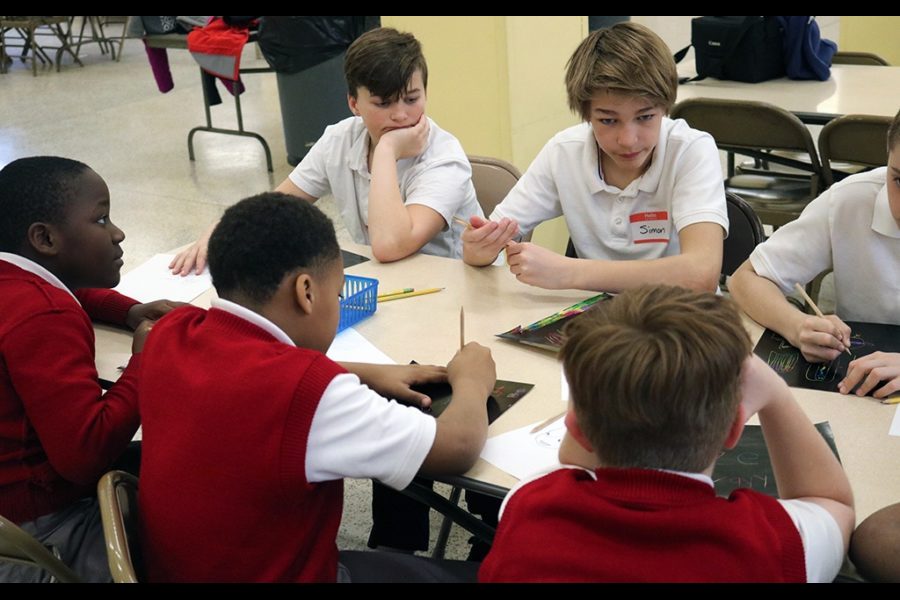 Sitting down also allowed time to talk and get to know each other. 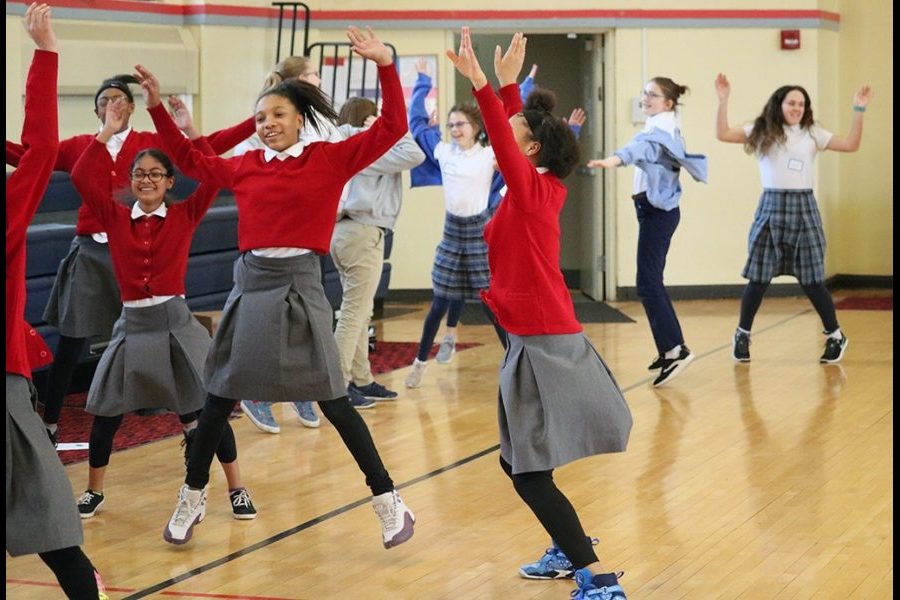 Gym class began with jumping jacks to warm up. 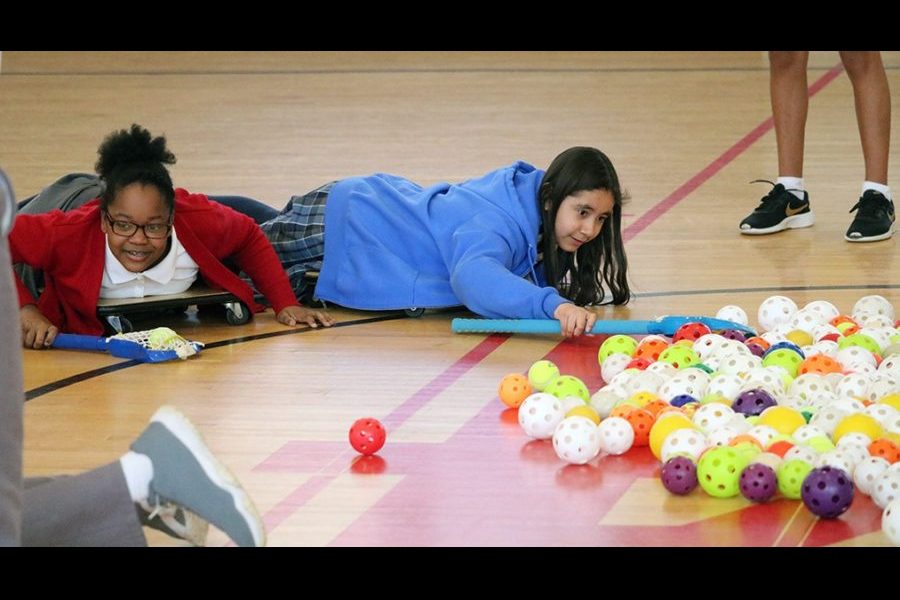 Life-sized Hungry, Hungry Hippos was next! 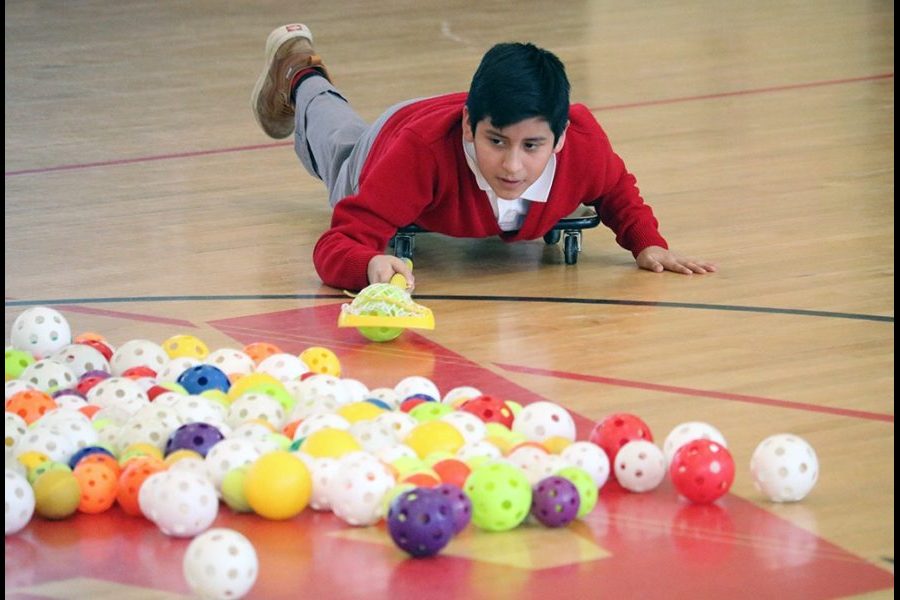 The object was the bring a ball back to the team bucket without losing it or falling off the scooter. 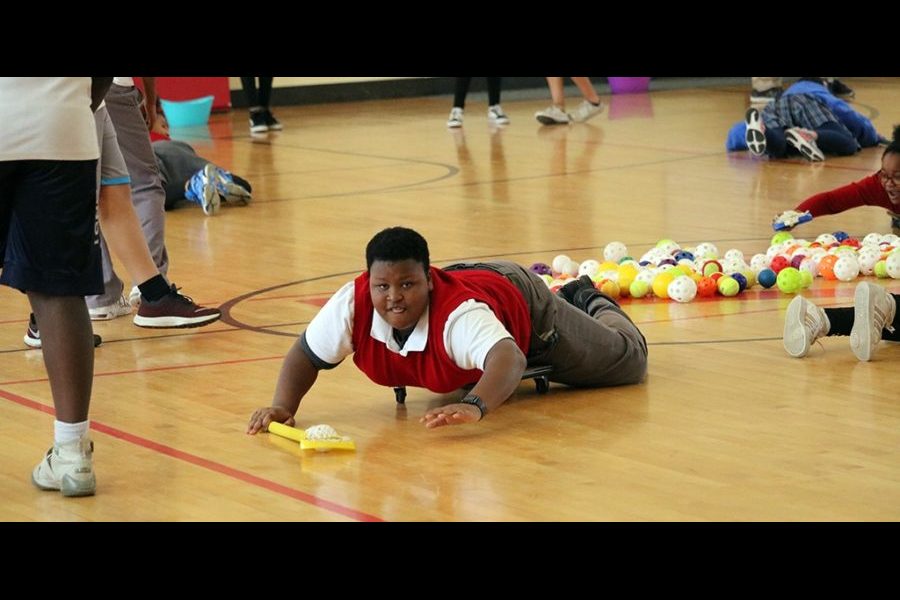